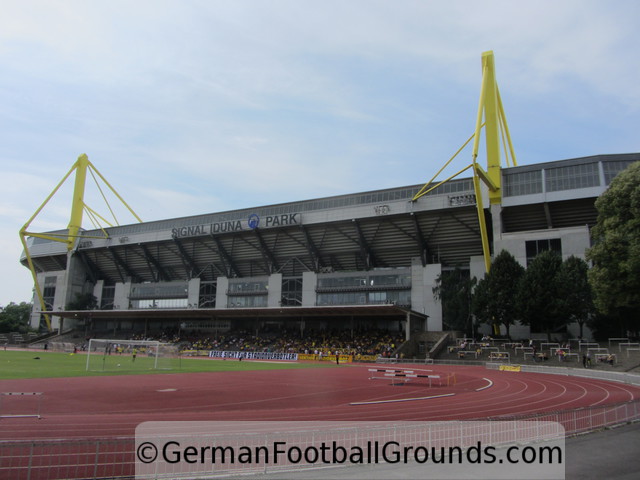 The Signal-Iduna-Park is Germany's largest football stadium for domestic games, accomodating 80,645 spectators. The huge capacity is mainly due to the huge south stand, supposedly Europe's biggest stand with solely standing space, accomodating nearly 25,000 spectators alone and also called the 'Yellow Wall'. In general, the stadium is quite impressive, both from the outside and from the inside.

From the outside, the stadium looks quite unusual, as it is box-shaped and thus very different from most of the newly built stadiums. The structural steel work supporting, colored in yellow, is very prominent and the stadium can be seen from quite far away. From the Stadion Rote Erde, Borussia Dortmund's home before the construction of the Westfalenstadion, as the Signal-Iduna-Park was called then, you have an impressive view on the stadium and you can see the what has changed in watching football in the last 40 years.

On the inside, the stadium is very compact and impressive as well. The south stand, as already mentioned, accomodates nearly 25,000 standing spectators, apart from the standing space for visiting supporters in the north, all places are seating space. The stadium is two tiered all around and since the last expansion in the years 2002 and 2003 the previously open corners have been closed.

Around the stadium, there are around 10,000 parking spaces for which you have to pay a parking fee. If you like to park free of charge, I recommend the parking lot in Otto-Hahn-Straße, 44227 Dortmund (map), from where a free bus shuttle takes you to the stadium. After the game, you can take a free shuttle bus back to the parking lot.

The stadium is located about two miles away from the main station, so you can take a walk, which takes you through the inner city, or take a train to the station 'Signal Iduna Park' or underground U45 towards 'Westfalenhallen'.

Tickets allow you to travel to and from the stadium inside the huge Transport Association Rhine-Ruhr (Verkehrsverbund Rhein-Ruhr (VRR)).

The stadiums is located about two miles away from the main station, so depending on your walking speed, you should need about half an hour or more.

Leave the main station and head straight on into the city centre, heading straight towards a set of stairs and a church further on. Once you reach the church, turn left onto Kampstraße and continue until you reach an intersection where there is a pedestrian zone to your right (Hansastraße). Follow Hansastraße, which changes into Hohe Straße, for about a mile. After you pass the underground station named 'Polizeipräsidium', the road leads into a tunnel (no pedestrians allowed). Walk parallel to the road and you will reach a small park. Head straight through the park and you will reach a small parking lot bordered by two huge concert halls, the Westfalenhallen. Passing between these two halls, you will reach Strobelalle. Turn right, the stadium is down the road to your left, just past the the Stadion Rote Erde.

These are normal ticket prices for Bundesliga matches, just for your orientation. Dortmund's seating plan is kind of complicated, have a look at the corresponding web site for a visualization.

Top games (only against Bayern and Schalke) have higher prices and prices are of course subject to change.

Since Dortmunds rise to the top of the Bundesliga again in the last years - Bundesliga champions in 2010/11 and Bundesliga champions and German cup winners in 2011/12, the stadium is basically sold out for all games. However, only for some games do you need to be a club member, for others there is a general sale. You can find the dates for general sale on this page and, if available, tickets for non-members can be bought via Dortmund's ticket shop.

If a game is sold you might of course still try your luck on Viagogo but Dortmund does not officially cooperate with Viagogo. 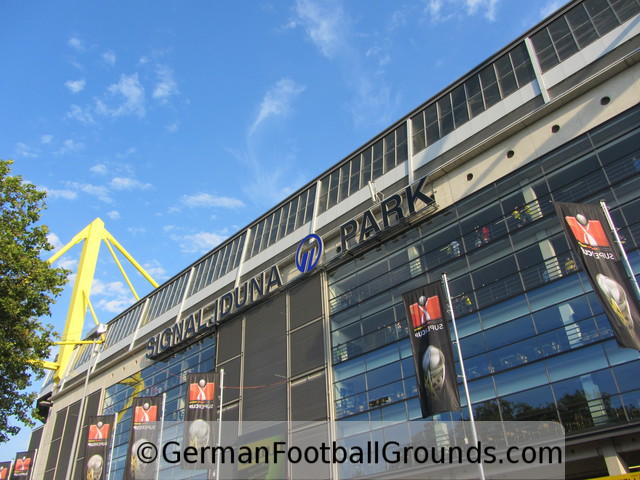 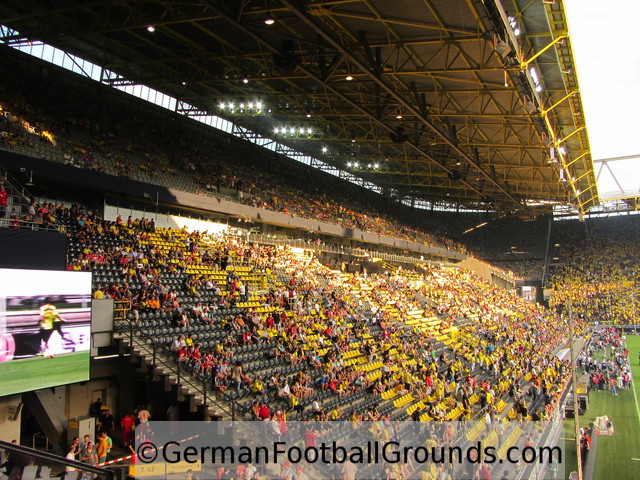 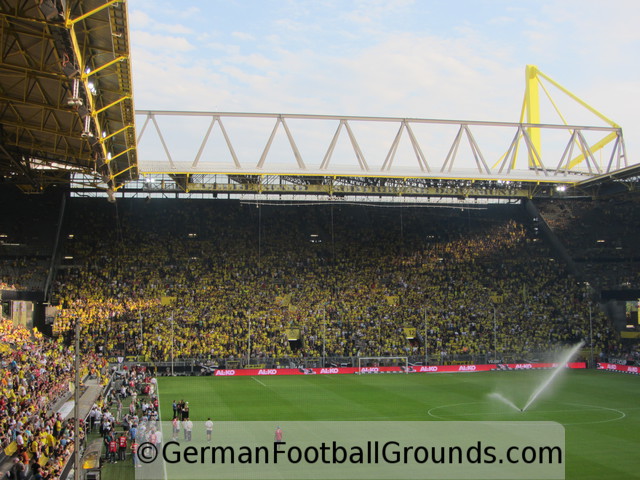 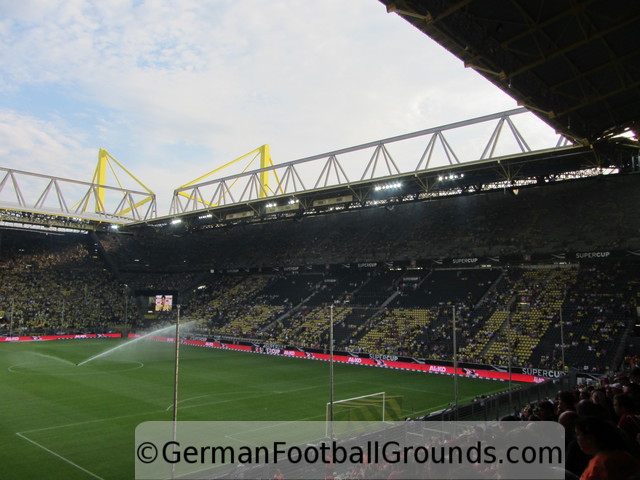 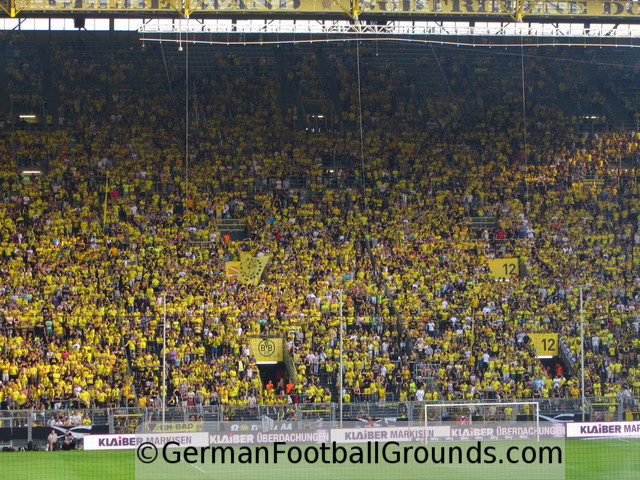 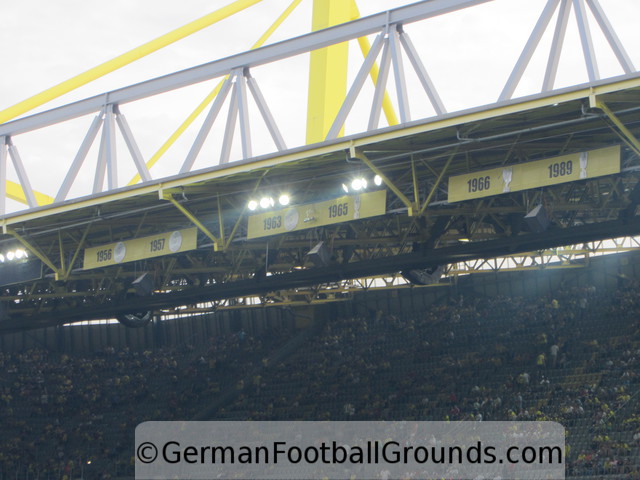 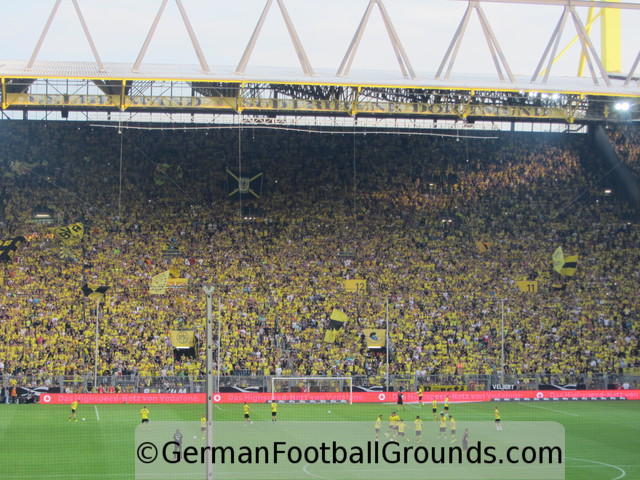 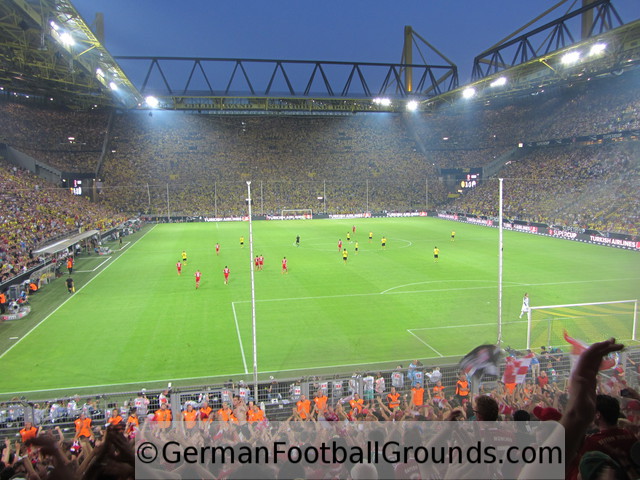