The comtech Arena is quite a sensible ground, adequate for the needs of the club, but without any great charm. It can accomodate up to 10,000 spectators and has been used for concerts as well as the state cup final or even a match of VfB Stuttgart in the Europa League qualification.

The stadium looks quite uneven as the main stand is much smaller than all other stands and runs only along a fraction of the side line. It's back is built into a log cabin-like structure, which houses the restaurant 'Wirtshaus Almstube', which you can visit 7 days a week, even on match days. This might be the closest thing to Fulham's cottage inside Craven Cottage in Germany. ;)

The other three sides of the stadium are continuous and, just as the main stand, fully covered. Except for a part of the north stand and the corner between south stand and west stand (opposite main stand), the stands are fully seated. In contrast to the main stand the roof of all other stands is non-cantilevered, probably due to the simpler and thus cheapter nature of the roof construction.

Großaspachs supporters are located in the southwest corner of the stadium, visiting supporters in the north stand (both seating and standing space available).

To be honest, reaching the ground via public transportation is painful and I strongly recommend coming by car. That said, you *can* reach the stadium with public transportation. Most likely, you will be coming from Stuttgart, so take an S-Bahn to Backnang; from the main station, take line S3 or S4 towards 'Backnang', preferably the S3. From Backnang station, take the bus #367 towards the stadium and leave the bus at the stop 'Hohrot'. Regulary, the bus should go at least every hour, the trip takes about 40 minutes, you can download the schedule here.

I don't know if it is really sensible to walk to the ground as there is not much to see nor is it a great (but long) walk, but if you have some time on your hands and do not want to take the bus from Backnang (see section 'By Public Transportation' above) or a taxi, here are walking directions. Be aware of the fact that the ground is about 4 miles away from the S-Bahn station Backnang, so factor in a bit more than an hour for one way.

On leaving the station, turn left into Erzwiesenstraße, which shortly after turns into Friedrichstraße for a little while. At the rundabout, head straight onto Aspacher Straße. Follow Aspacher Straße for about 1.5 miles, during which you will leav Backnang, pass under the B14 and finally arrive in Großaspach. The path takes you on a slight right into Großaspach and the road is now called Backnanger Straße. Follow this road about half a mile until you reach the intersection with Haupstraße/Strümpfelbacher Straße, take a left onto Hauptstraße, at the first intersection head right into Heilbronner Straße and once more right into Jahnstraße. Follow this road to the first intersection going left (after about half a mile, there is an industrial estate on your right), turn left and head up the hill. Voilà, there you are after about half a mile more.

The following prices were valid for season 2013/14 in the fourth division (Regionalliga Süd-West). Prices for the season 2014/15 should not be that much different, even though Großaspach is playing in the third division (3. Liga) then.

Großaspach usually does not pull a great crowd, the average attendance is quite low but was in line with what is to be expected in the fourth division. For the season 2014/15, Großaspach has been promoted to the 3. Liga and you can expect higher attendance, especially for the derbys against Stuttgarter Kickers and VfB Stuttgart II. 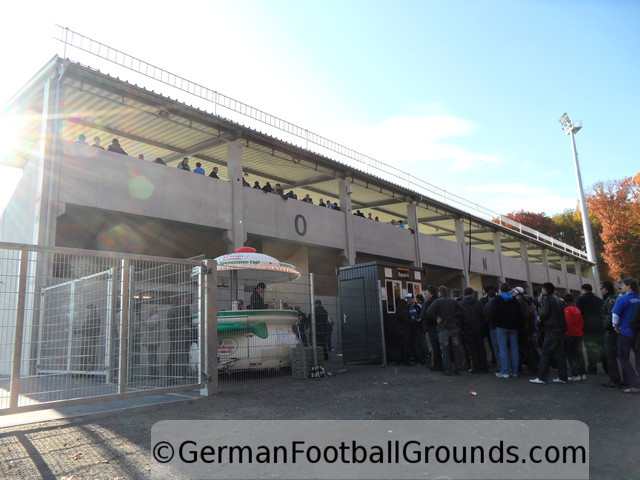 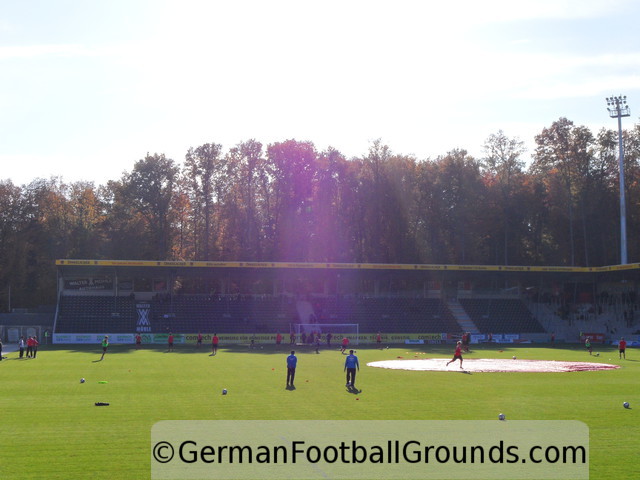 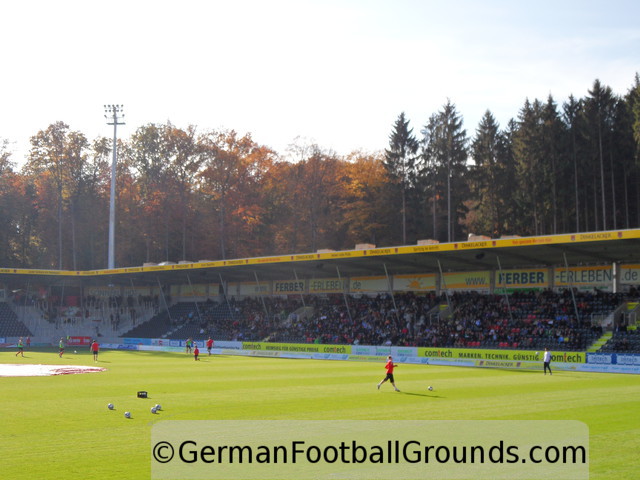 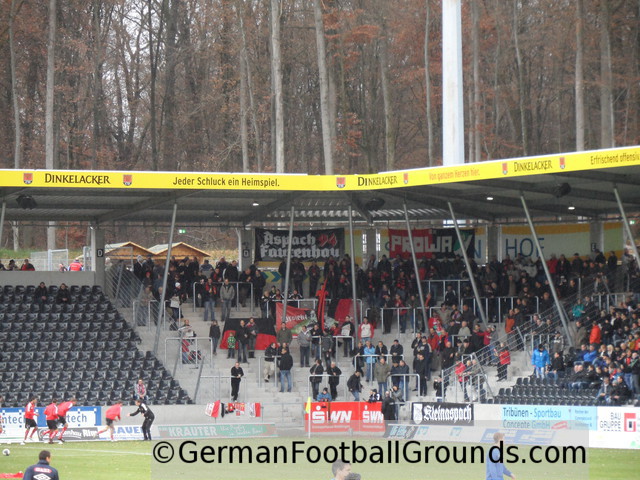 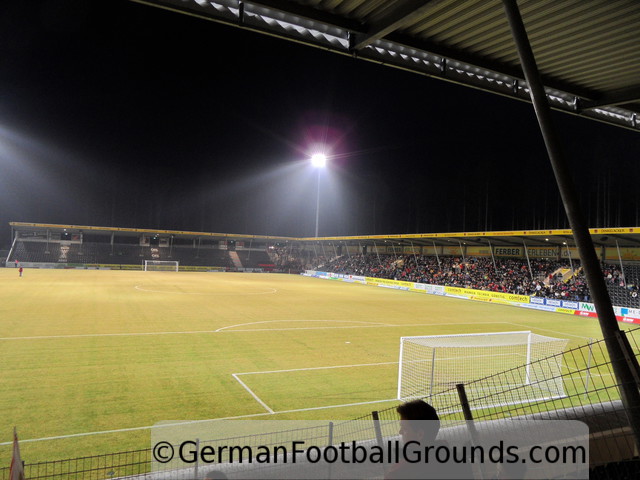