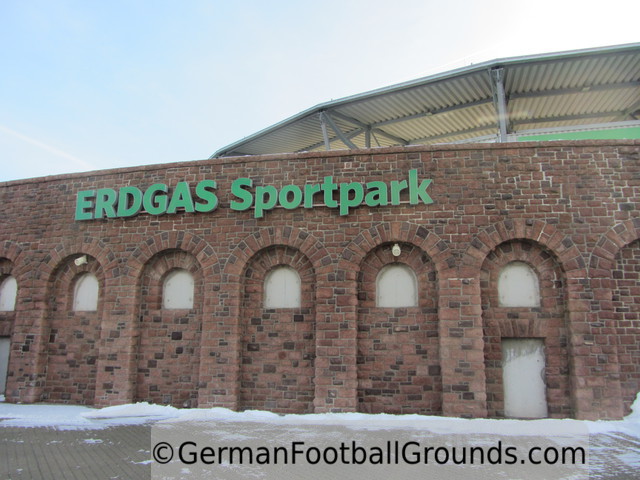 The Erdgas Sportpark was constructed on the ground of the previously used stadium, Kurt-Wabbel-Stadions, which was demolished in 2010. The outer walls, archways and statues were preserved from the old stadium, which means that the stadium looks partly quite historic from the outside.

On the inside, the stadium is nothing out of the ordinary. The stadium is single tiered and the stand run continuously around, without open corners. There are three terraced sections: on in the north (blocks 17 to 19) and as well the southwest and southeast corners (blocks 6 and 11). The stadium is fully covered with a cantilevered roof. The most eye-catching feature are the floodlights, which are slanted towards the pitch.

There is no parking lot directly at the stadium, but you should be able to find a parking spot somewhere reasonably close, for example along Straße der Republik towards the south of the stadium.

On leaving the main station, turn right and follow the road to the next intersection with Merseburger Straße. Turn left and cross the road using the public walkway. After descending the stairs, turn left onto Willy-Brand-Straße. Follow Willy-Brandt-Straße for about hal a mile to Rannischer Platz. Cross Rannischer Platz and take a slight left onto Wörmlitzer Straße. Head straight on for half a mile, at the junction follow the road, which changes into Straße der Republik - you should alreayd be able to see the stadium from there.

From the city centre, just follow the tram tracks toward the south, from the market along Schmeerstraße, Alter Markt, Rannischer Straße and Steinweg tow Rannischer Platz, then follow the directions above.

Halle had a very low attendance in the years before the stadium was finished, currently attendance is very good with around 8,000 spectators for each game, a nice crowd for the 3. Liga. The stadium offers enough room, so do not fear a sold out game.

Tickets can be bought via Halle's own ticket shop. 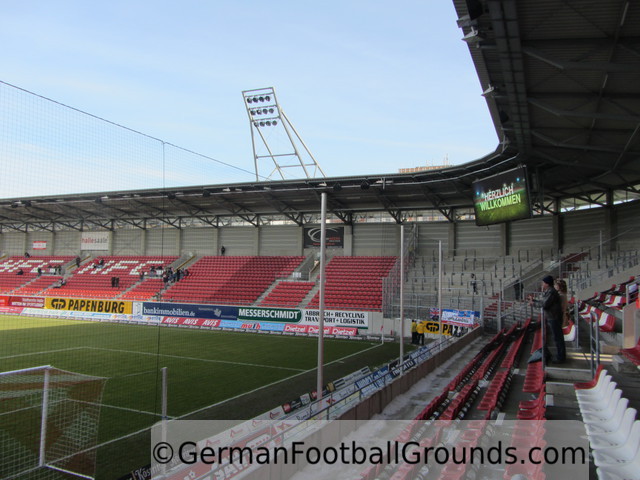 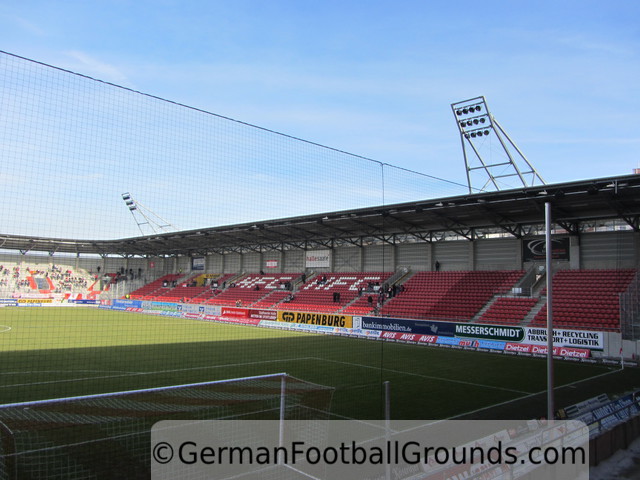 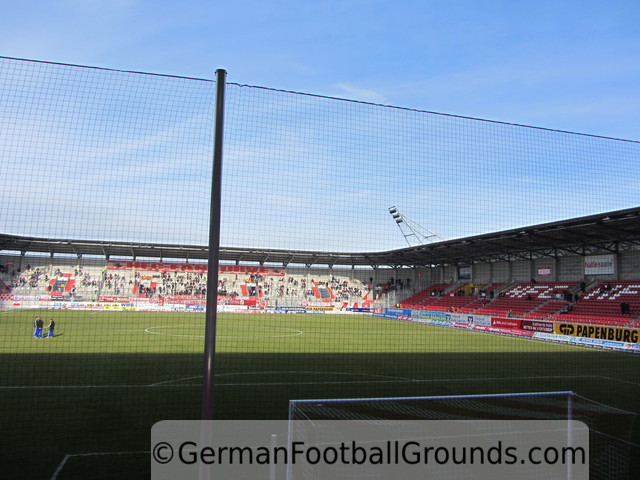 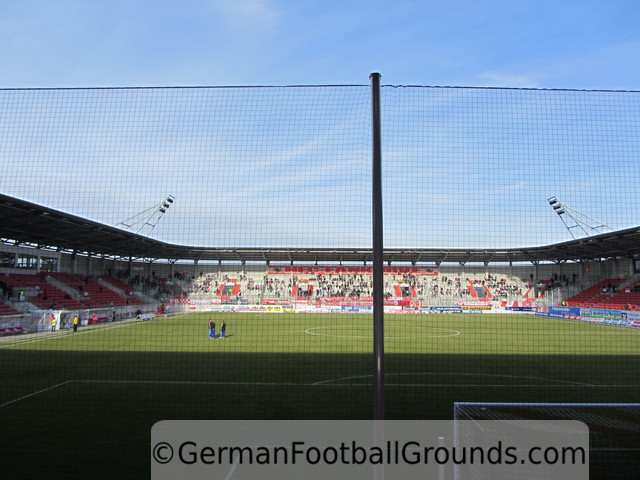 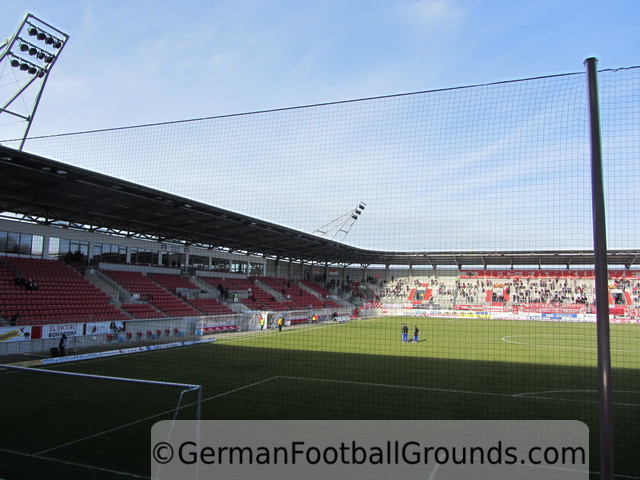 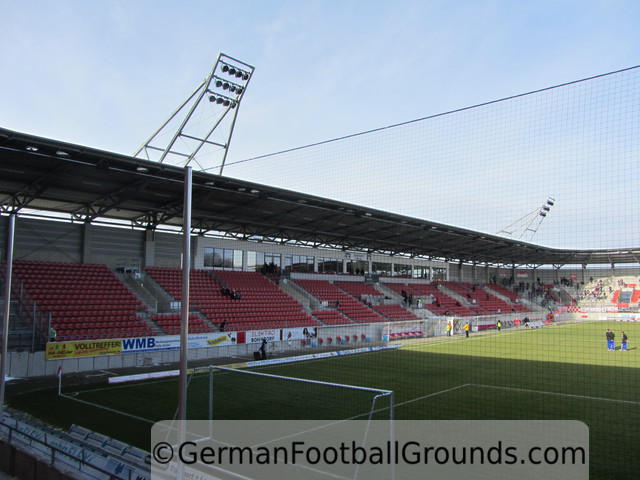 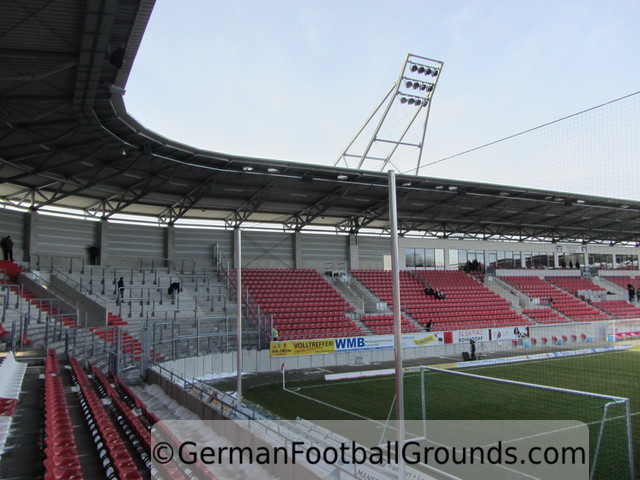 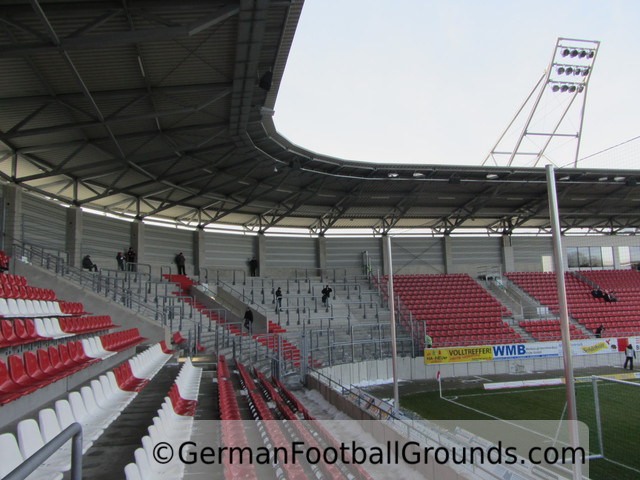 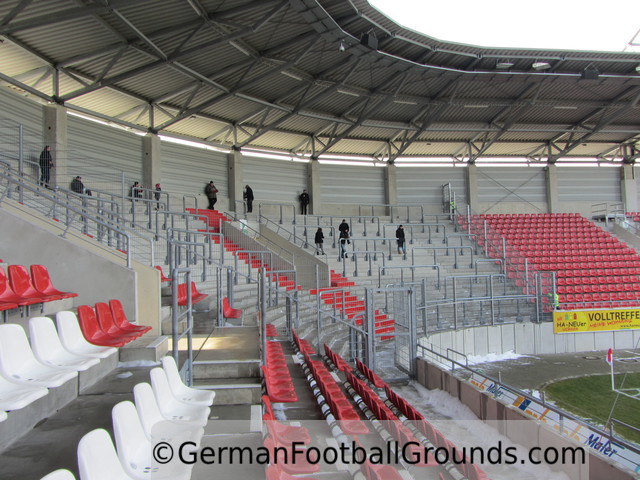 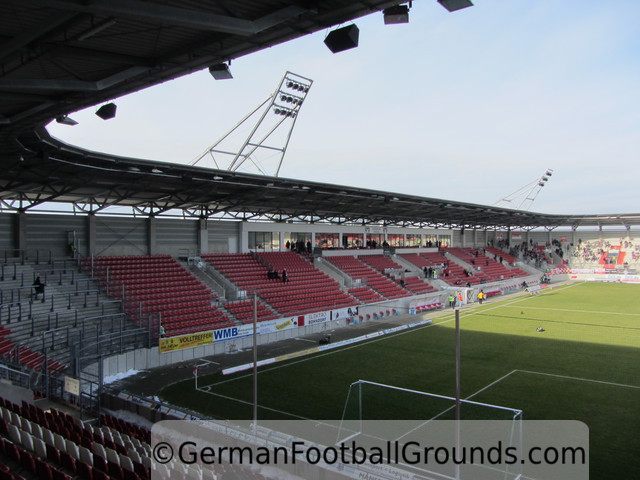 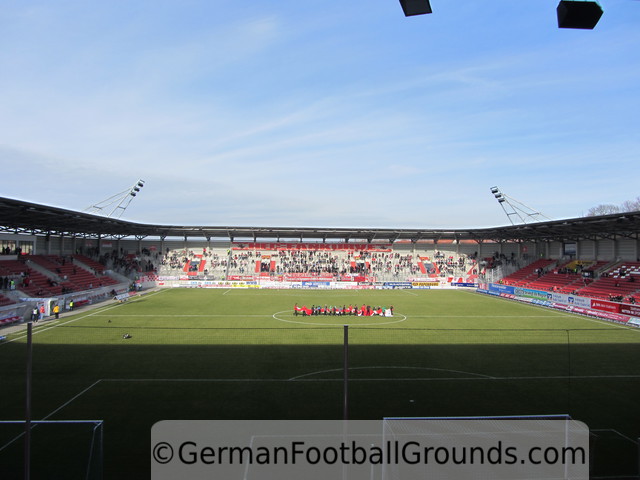 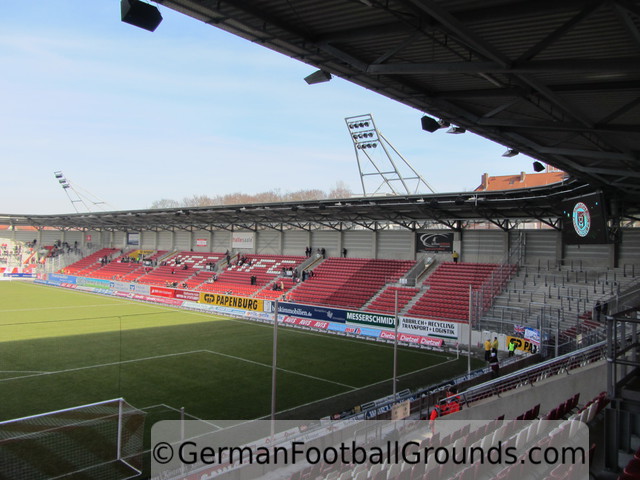