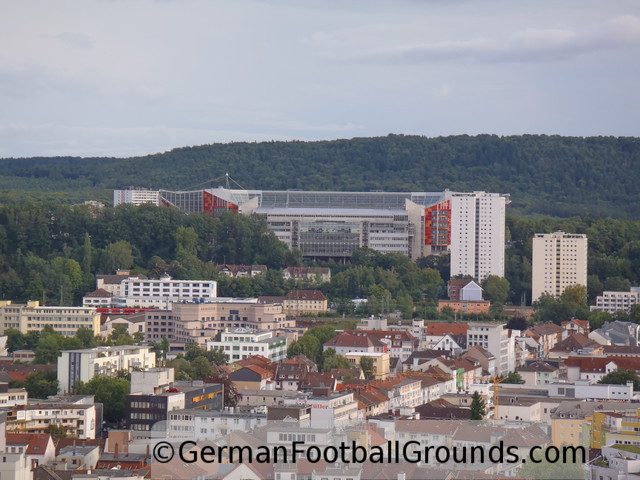 The home of 1. FC Kaiserslautern since 1920 is the Fritz-Walter-Stadion, named after the captain of the World Cup winning team from 1954, Fritz Walter, who played 384 games for Kaiserslautern and scored a remarkable 327 goals! The stadium is also known as Betzenberg or simply Betze, which stems from the former name of the stadium, Betzenbergstadion, due to the location of the stadium on the Betzenberg, a hill in Kaiserslautern.

The original stadium, opened in 1920 and consisted of little more than a sandy pitch, some terraces and a small stand. Over time, the stadium grew and reached a capacity of 38,000 in 1972, which was not changed over various renovations in the 90s. Like many others, the stadium was shaped up for the World Cup 2006, and currently has a capacity of 49,780 (46,000 for international matches).

The Fritz-Walter-Stadion is one of the real classics in German football and for a long time it was one of the few real football stadiums without a race outer track, however in recent years many more pure football venues have been built. Still, the 'Fortress Betzenberg', as it was once called due to it being seemingly impossible for the away team to win, is definitely worth a visit as you can clearly see it is not one of the soulless new stadiums.

The stadium is as impressive from the outside as it is from the inside. The north (main) stand is isolated from the other stands as its east and west corner each consist of a tower of executive boxes, quite unique to have it that way. The stand itself is two tiered, with more executive boxes at the back of the lower tier. Opposite of the main stand is the south stand, a huge, single tiered stand, whose seats spell 'Betzenberg' and '1. FC Kaiserslautern'. Both stands on the small sides of the pitch, east and west stand, are single tiered as well and are connected to the south stand, only the corners towards the executive box towers are open.

The stadium is only a 5 minute walk away from the main station, so basically no need to take a bus. If you prefer not to walk, take bus 102 from stop 'Rathaus A' to the stadium. If you already have a match ticket, the bus is covered by your ticket.

I definitly recommend walking to the stadium, because it is very close to the main station and the inner city. You get a great view of the stadium on the way, walking up the hill towards it, watching it tower over the city.

Leave the main station towards the city center and take a right on Bahnhofstraße. When you reach the intersection, turn right and you will pass under the rail tracks and reach a roundabout. At the roundabout, take either Malzstraße, which leads you to the northeast corner of the stadium, or Bremerstraße, which you exit at the first intersection into Zum Betzenberg, which takes you to the southwest corner. All in all, the distance is only about half a mile.

These are normal ticket prices for the 2. Bundesliga in season 2014/15, just for your orientation. You can see the category locations on the stadium plan.

The ground is huge, able to accomodate nearly 50,000 spectators. As you can see from the average attendance, you should not have issues with getting a ticket when Kaiserslautern is playing in the 2. Bundesliga, as in the season 2014/15. Even in the 1. Bundesliga, no more than half a dozen matches have been sold out per season in the last decade.

Thus, you should usually be able to order match tickets online through Kaiserslautern's own ticket shop. Kaiserslautern has an official cooperation with Viagogo, so you can try to get tickets through this way. 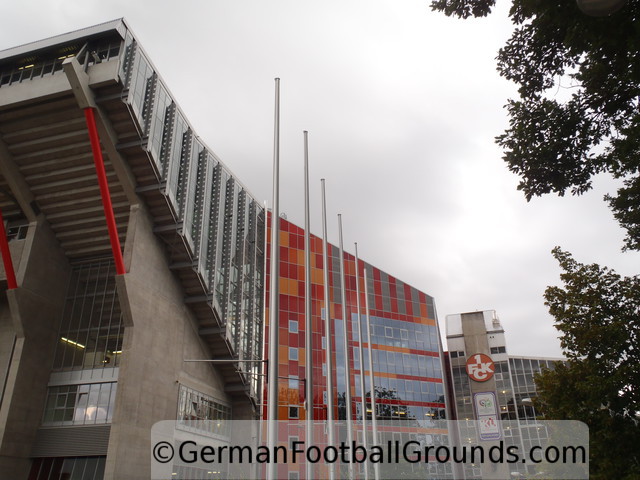 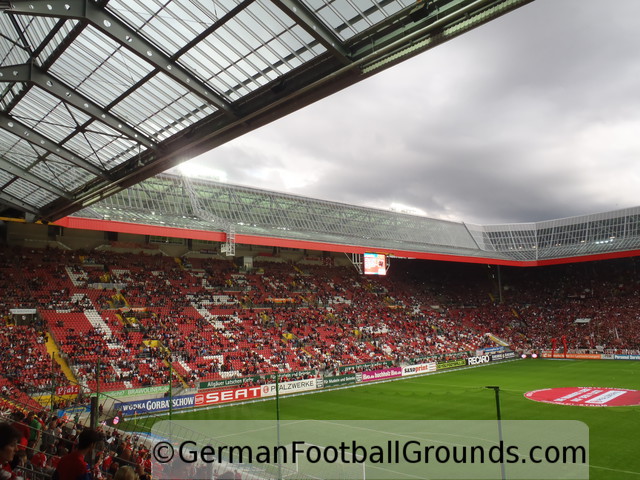 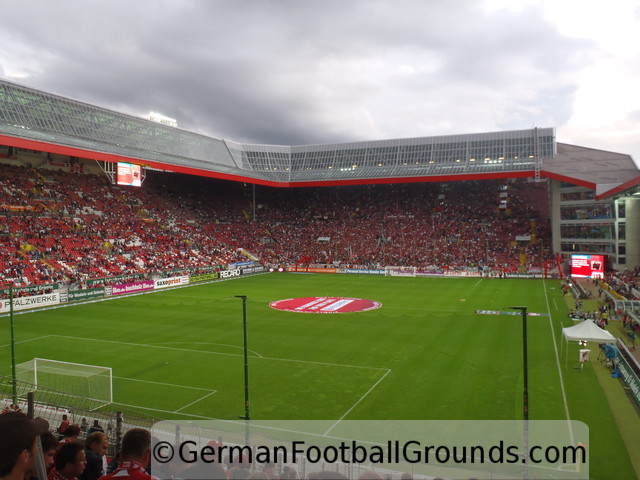 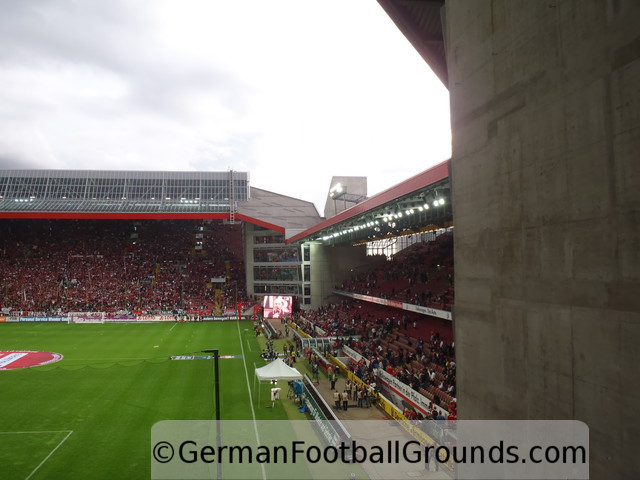 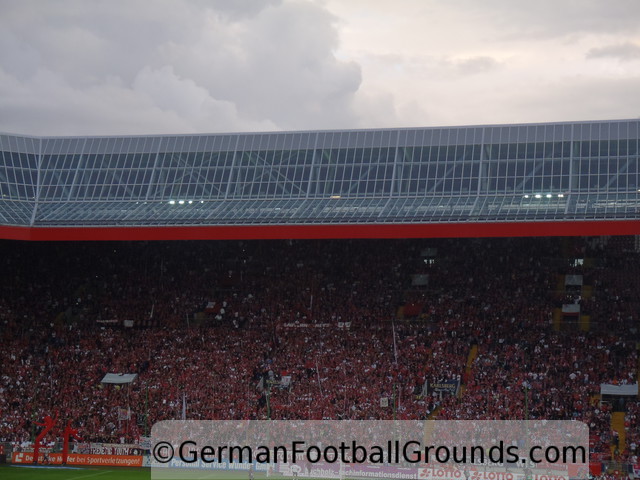 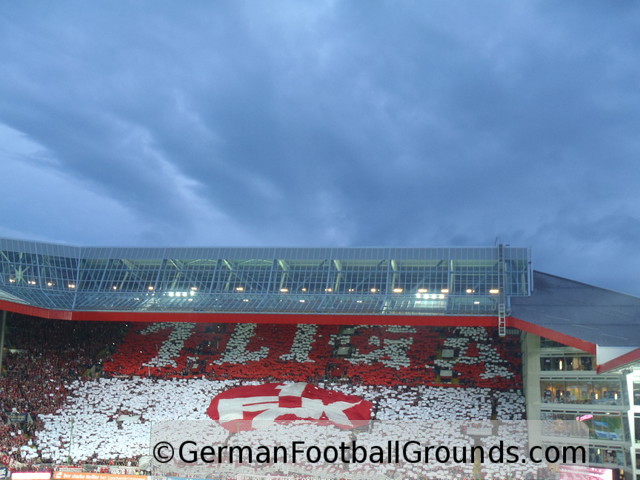