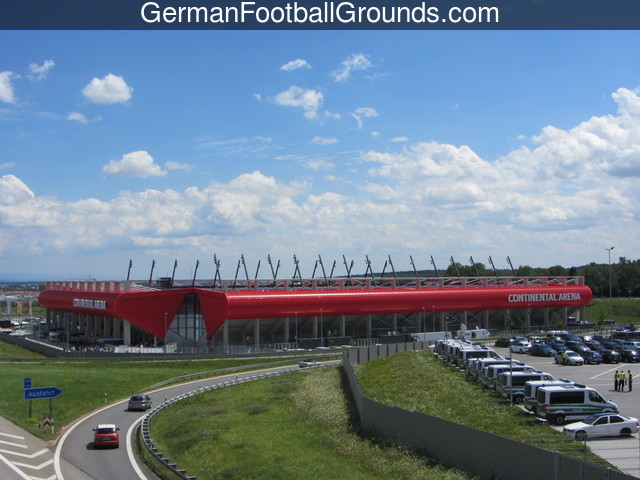 The Continental Arena is a fairly new ground, which opened in 2015. It replaced Regensburg's aging Jahnstadion, which was in use from 1926 until the opening of the Continental Arena. The stadium was initially called 'Arena Regensburg' before automotive manufacturing company Continental purchased the naming rights for five years in June 2015 for one million Euro.

The Continental Arena is a pure football venue which offers terraces for 6,148 spectators and seats for 9,076 spectators, for a total of 15,224 spectators. The stadium consists of four covered stands of identical height. The corners are covered with perspex, thus offering good wind protection but allowing light inside. The smaller stands in the north and south are either partly (north) or totally (south) terraced, the rest of the stadium is seating space only. The roof of both east and west stand is adorned with a plethora of delicate floodlight pylons, the roof of the north and sound stand both supports a video screen.

If you come by car, the address of the Continental Arena is "Franz-Josef-Strauß-Allee 22, 93053 Regensburg".

The ground is located just off the motorway A3's junction Regensburg-Universität. Parking lots P1, P2 and P3 (visiting supporters only) are located in direct vicinity to the stadium. They are, however, not free and are currently priced at 4 €. More and free parking spots are available just to the north of the stadium, at the University of Regensburg (P4), and to the west at the Universitätsklinikum (P5).

I recommend using P4 at the University and then just taking Galgenbergstraße to the south until you see the stadium. You will reach the stadium in about 15 minutes.

Match tickets allow free travel in the Regensburger Verkehrsverbund (RVV) starting from 4 hours before kick-off until end of business day.

The bus stop 'Continental Arena' can be reached using buses 3, 20, 21 and 23. Bus 11 runs to Josef-Engert-Straße, which is just a couple of minutes away from the stadium. On special occassions, shuttle buses (line F) will be running between main station and stadium; check rvv.de for more information.

Match tickets include usage of public transportation, so there is no need to walk if you already got a ticket. Nonetheless, the stadium is easily rechable on foot from the main station.

Exit the main station to the south and pass through the Regensburg Arcaden shopping centre. On Friedensstraße, turn left until you reach the next intersection with Galgenbergstraße. Turn right and follow Galgenbergstraße for about one and a half mile. You can see the stadium once you cross the bridge over the motorway A3 and then it is just a couple of hundred yards to the entrace of the stadium.

The following ticket prices are for single tickets in the 3. Liga in the season 2016/17. Tickets can be bought online via Jahn Regensburg's own ticket shop.

The season 2016/17 is Jahn Regenburg's first season in the 3. Liga in the Continental Arena. The previous season 2015/16 was the first one in the then newly finished stadium, so previous attendances are not really relevant. 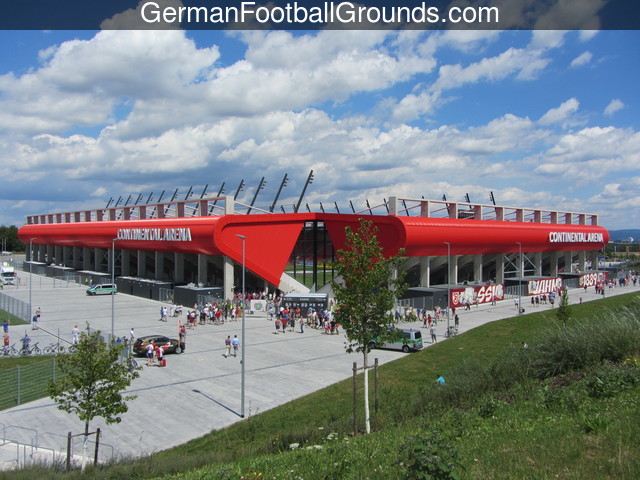 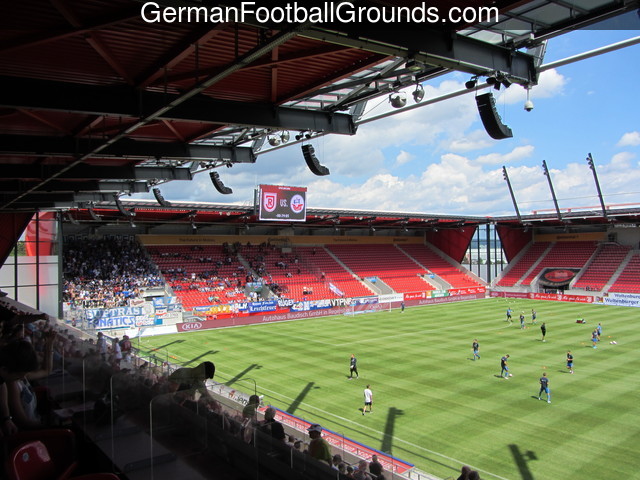 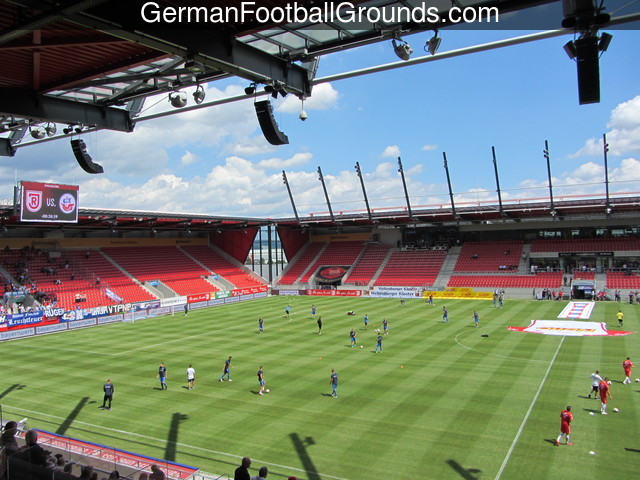 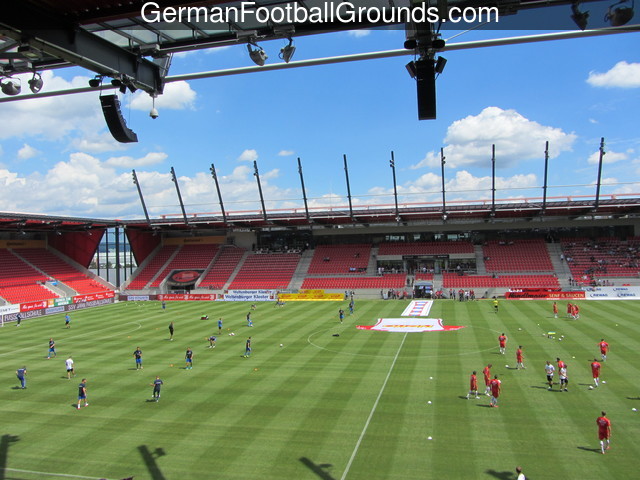 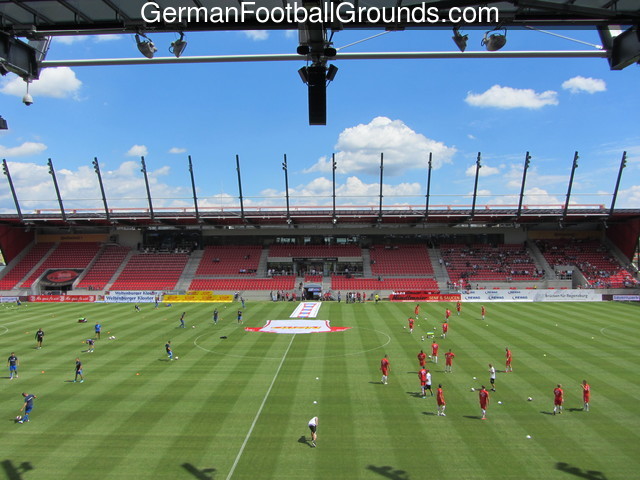 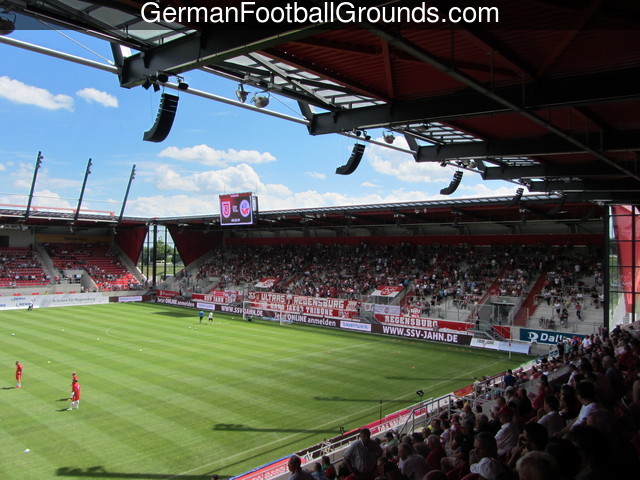 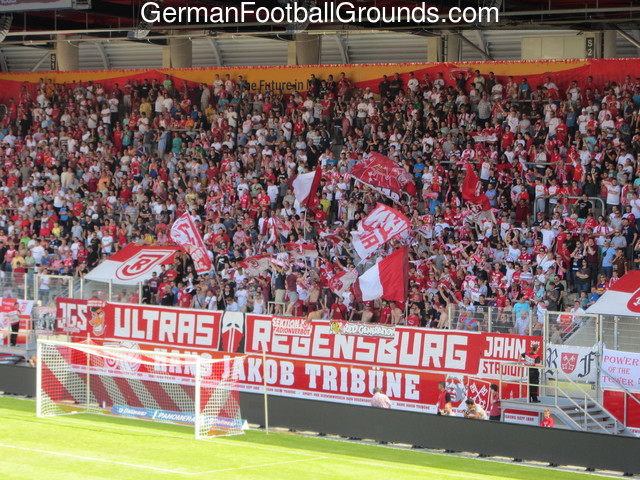