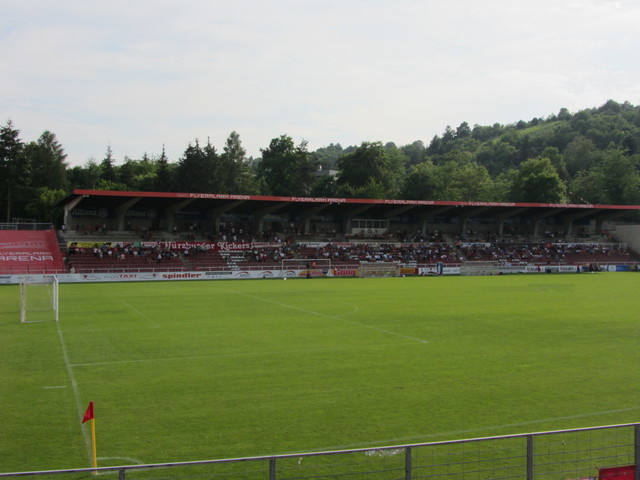 The Flyeralarm Arena is an adequate ground for 3. Liga football, if the Kickers get promoted once more the stadium will be probably a bit small with space for only 10,0054 spectators. The only covered section is the main stand, which offers seating space in the front with about 1,500 seats; in the seats you can find the letters FWK for 'FC Würzburger Kickers'. In the back of the main stand are some terraces, something you do not see very often, terraces behind seats. The remaining stands all offer terraces only and are not covered, the only exception is block 6 in the southwest corner, which is still not covered but offers seats for visiting supporters. The main stand and the opposite stand are angled a little bit towards the centre line, giving the stadium an octagonal shape. There are four classical floodlight pylons, one in each corner of the stadium. These have been erected just recently in 2014. In the northwestern corner you can find the stadium restaurant and from its balcony you can watch the game as well.

P.S.: Fun fact: the seats originally were mounted in the the Fritz-Walter-Stadion in Kaiserslautern.

If you come by car, the address of the Flyeralarm Arena is "Mittlerer Dallenbergweg 49, 97082 Würzburg, Deutschland".

There are around 800 parking spots available for free directly at the stadium, which is plenty, however the parking lot is shared with the Dallenbergbad, a public open air pool, so be prepared to venture a little bit further for a parking spot or just use public transportation anyway.

From the main station, you can reach the stadium with the tram lines 3 (direction Athener Ring) and 5 (direction Rottenbauer). Both lines pass through the city centre and take you directly to the stop 'Dallenbergbad'. A single ride should be about 1.70 € and take you about 15 minutes.

The stadium is quite far away from the main station and it will take you probably about an hour to walk, so I recommend taking a tram. If you decide to walk anyway, here are the directions I recommend - take note that these bypass the city centre, as this is the easier route, but you can choose to follow the tram tracks through the city centre as well and then head on to the bank of the river Main later on.

Exit the main station and head straight on into Kaiserstraße, where the trams are running as well. At the first intersection, Barbarossaplatz, turn right and head straight on until you reach Karmelitenstraße. Turn left, head straight on until you see an old bridge, the Alte Mainbrücke, there turn right onto Mainkai. Just head straight on for maybe about and a half miles, always keeping the river to your right. When you reach a huge bridge over the river, cross it and follow the pathway towards the Dallenbergbad, crossing the road you just followed over the river and you will find yourself just outside the open air pool, on the opposite side of the road where the parking lot is located, behind which you can find the stadium.

The 2015/16 season will be first for Würzburg in the 3. Liga season. Average attendance from before this season is mostly irrelevant, as it tends to be quite low anyway. For the 2015/16 season, we expect that you should generally be able to get tickets for most games. 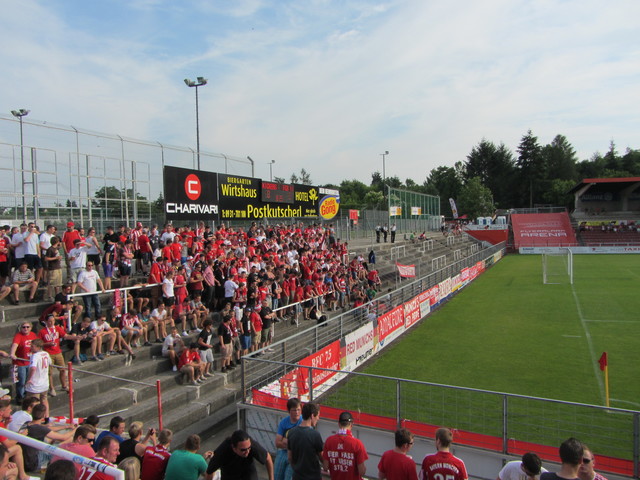 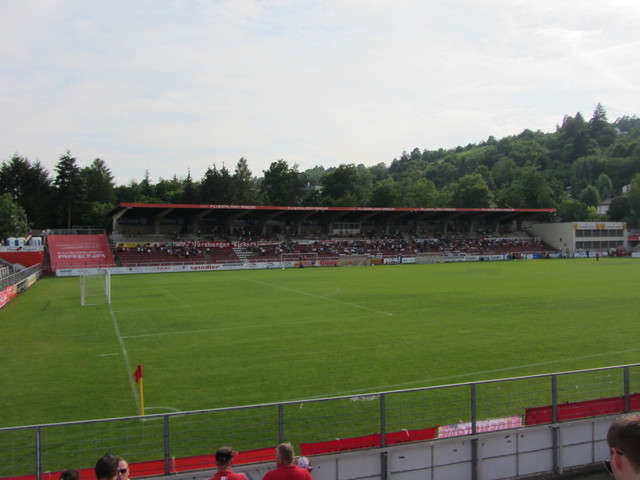 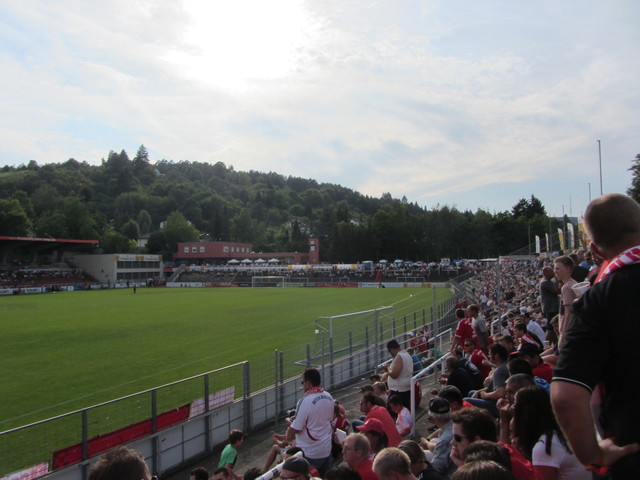 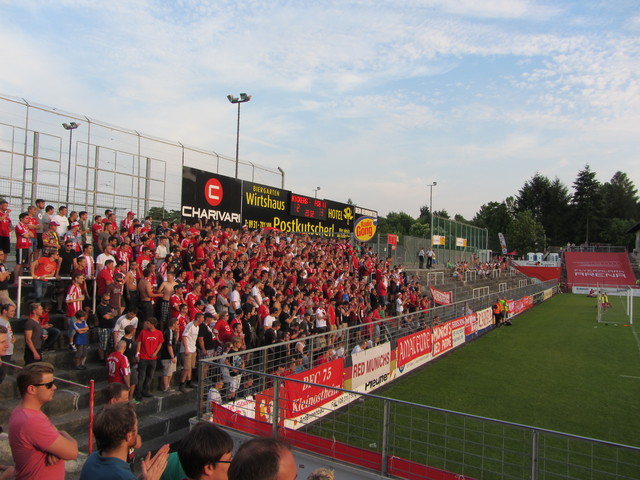 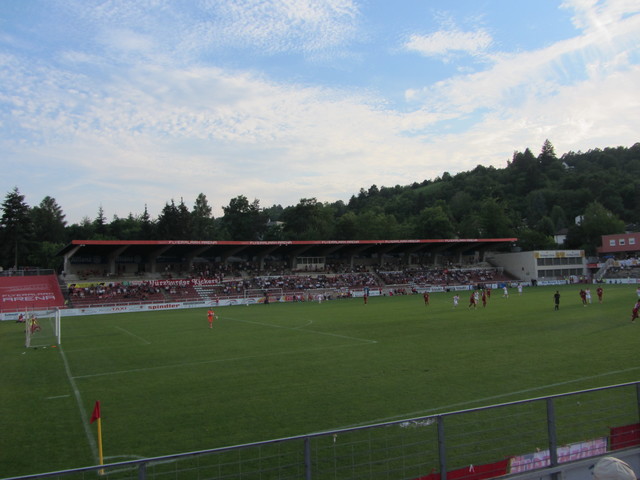 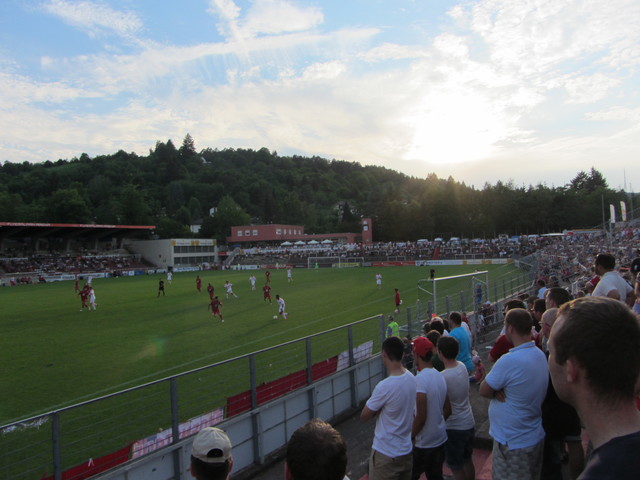